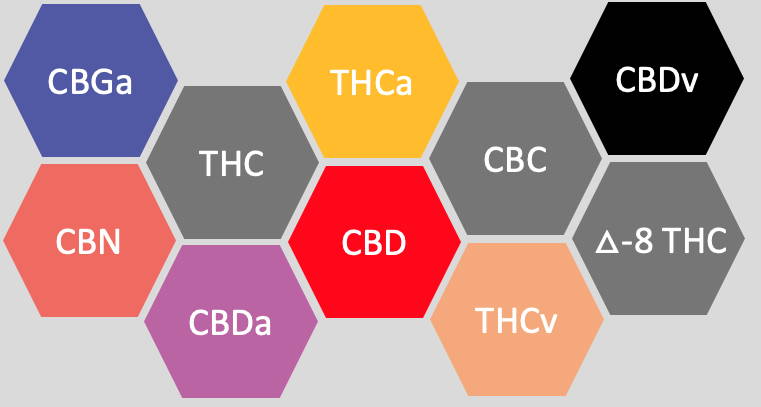 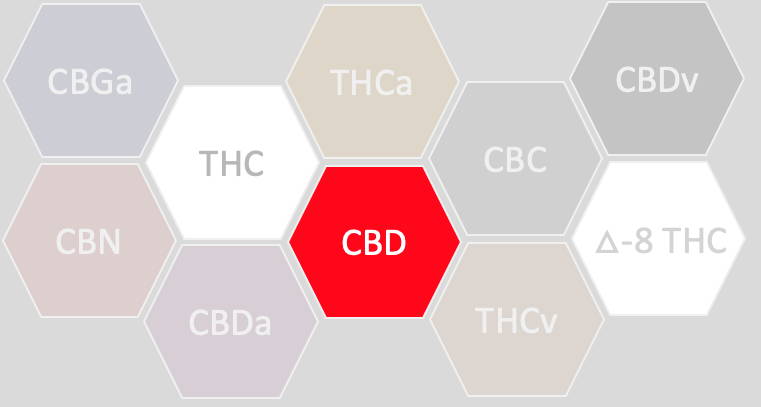 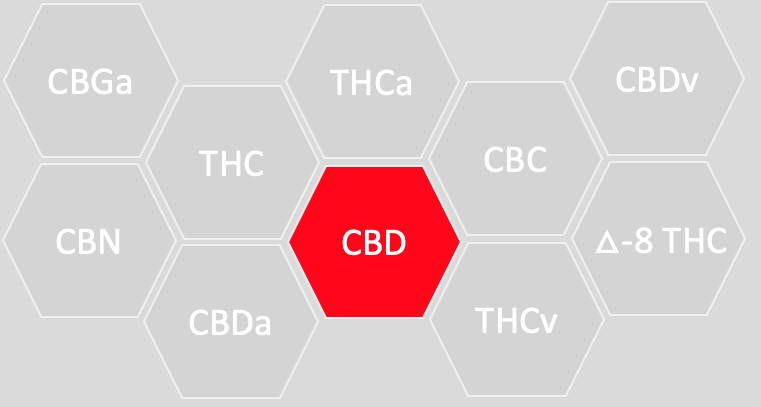 This cream has been life changing. I was skeptical at first but it has provided me with so much relief. Highly recommend.

In order to understand the differences between the various hemp oil extracts, first you need to have an understanding of what a cannabinoid is.

Within the Cannabis plant, there is a classification of compounds known as cannabinoids. Among these are CBD and THC, the most well known, along with over a hundred others which scientists have discovered naturally occurring within different Cannabis strains.

Now, here’s why CANNABINOIDS are important:

In 1995, researchers discovered that, by interacting with receptors in the human Endocannabinoid System (ECS), cannabinoids like CBD could deliver unique health benefits to the body. Later, they discovered that each cannabinoid could affect the body differently. For example, while THC delivers the psychoactive effects associated with “getting high,” CBD does not. In fact, CBD can actually counteract the psychoactive effects of THC. With various ranges of effects delivered by other cannabinoids like Cannabigerol (CBG) and Cannabinol (CBN), the full collection of cannabinoids forms what is referred to as the “cannabinoid spectrum".

In scientific terms, an isolate is the purest form of a compound, which is produced by singularly extracting that compound from its environment and isolating it from all other compounds.

With that being said, CBD isolate is the purest form of CBD, which is produced by removing all other compounds found in the plant including terpenes, flavonoids, plant parts, and other cannabinoids. I can guess what you may be thinking, if CBD isolate is the purest, isn't it the best? Unfortunately the answer is never that easy. So yes, CBD isolate is pure, that's a true statement, however, when you purchase a product with a full spectrum hemp oil that has 1200mg of CBD and you purchase a CBD product with 1200mg of CBD isolate, you're actually getting the same amount of actual CBD. The major difference is that in the full spectrum hemp oil, you will have a representation of many other major cannabinoids, terpenes and flavonoids that will all provide you with additional benefit, both on their own and even more so when they are working together.

Broad spectrum hemp oil is a bit of a mix between full spectrum hemp oil and CBD isolate. Like full spectrum hemp oil, most of the other compounds are preserved in the broad spectrum extract. Like CBD Isolate, THC is completely removed. What this means in many cases is that in order to remove THC, additional processing is done to the broad spectrum extract to get the levels of THC down to a non-detectable amount. In the process, you also are reducing the amount of the other beneficial cannabinoids, both major and minor, sometimes completely. Like with everything in life, there's always an exception and in the case the exception to this rule is when you have a cannabis plant that has been bred with the correct levels of the cannabinoids that we've mentioned. We can tell you, the latter is not the case as of now. Science will catch up, we're sure of that, but until it does, Kigh will not change our course knowing that the potential benefits of the product will be reduced to achieve this.

We recommend either a full spectrum product or an isolate.

Full spectrum hemp oil is an extract that contains all compounds found naturally occurring in the cannabis plant, including terpenes, flavonoids, essential oils, and other cannabinoids. We believe that full spectrum hemp extract will always provide the most benefits when compared to others spectrums simply because of the overall profile of the product. All hemp, before an oil is extracted from it must contain less than 0.3% THC and once that is formulated into a product, it's actually very, very low.

The full spectrum of cannabinoids, terpenes, and other oils extracted from the plant all work together and they will magnify the therapeutic benefits of each individual cannabinoid. This is the “entourage effect“ that we mentioned earlier.

Full spectrum hemp oil also contains a long list of naturally occurring vitamins and minerals. You will commonly find that a quality hemp extract will contain vitamin A, vitamin C, vitamin E and B complex vitamins like riboflavin and niacin. Full spectrum hemp extract will also contain minerals such as zinc, potassium, iron, magnesium and many others, all of which are essential for our bodies.

In closing, I want to reiterate that full spectrum hemp oil isn't better than broad spectrum hemp oil or CBD isolate, they are all just different. Each and every product has its reason for existing and every individual has a different situation that may make one of these products better than the other. There are also many factors that determine how a cannabinoid will impact the body, such as the chemical makeup of the individual, the weight of the individual, and the individual’s history with other substances.

For some, full spectrum hemp oil may be the best choice as it delivers the full benefits of the cannabis plant without the psychoactive effects. For others, a high-dosage of pure CBD isolate may do the trick.

Research into the effectiveness of each spectrum at the individual level is still in its early stages, so it may take some time and experimenting to figure out which is best for you. As researchers continue to learn more about this compound, it may serve as a vital component in the future of medicine. With dozens of health benefits already revealed in existing studies, cannabinoids like CBD have the potential to impact the lives of countless individuals.

With continued research, a brighter, healthier, more natural future could be right around the corner!